An exceptional display of the Paris fragment of the richly illuminated manuscript of the Latin translation of the Chronicle of Dalimil on the occasion of the opening of the World´s Fair EXPO Milano 2015.

The fragment was discovered at the beginning of 2005 and the National Library of the CR acquired it at an auction in Paris. The manuscript originated probably in Upper Italy, most likely in Bologna, between 1331 and 1334. It is important not only for its exceptionally rich artistic decoration, which is.  at first glance its most significant feature, but also for the fact that it is the only evidence of translation of the oldest Czech Chronicle of the so-called Dalimil, written in verse, into Latin. The original Czech chronicle was created around 1310 and belongs to the type of chronicles in verse written in national languages.

Although the exhibited fragment contains about one tenth of the whole text, it is decorated with many full-page and small illuminations that represent the oldest preserved gallery of Czech princes. 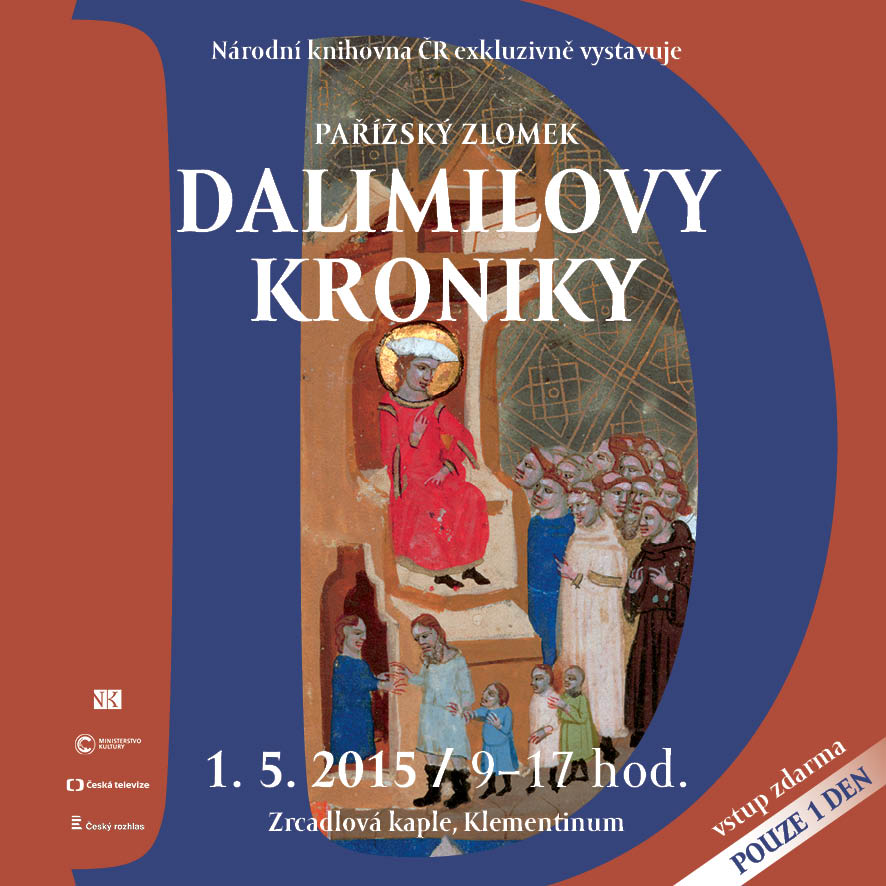