The Collection of Periodicals in the Slavonic Library 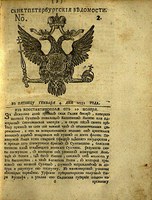 Since its foundation, the Slavonic Library has striven to have in its collections preferably all essential Slavic journals and for each Slavic nation to be represented by its major social-political, historical, linguistic, literary-science, ethnographic and economic journals as well as the dailies of the main political movements. The library offers its users i.a. complete or nearly complete series of several hundred journals including those with a long lifespan.

The library contains the Polish Kwartalnik Historyczny (1887–now) almost in its entirety. Among other Polish periodicals, one should highlight, for instance, the monthly Biblioteka Warszawska (1841–1868), the Pan-Slavic journal Dennica – Jutrzenka (1842–1843), the main press organ of the Galician Conservatives Przegląd Polski (1870–1914) and others.

The complete series of the Slovak journal Slovenské pohľady (1881–now) is also important.

Among newspapers, considerable historical value is attached especially to the significantly fragmented Sanktpeterburgskie vedomosti (1751–1842) and Moskovskie vedomosti (1812–1829) as well as the relatively complete Cracow daily Czas (1848–1939).

In the collection of the periodicals of the 20th century, in particular titles originally gathered by the Russian Historical Archives Abroad are essential. These comprise an exceptionally high number of periodicals related mainly to the following periods and themes: 1) the Russian revolutionary movement at the end of the 19th century and the beginning of the 20th century; 2) the period of the Russian revolution of 1917; 3) the period of the civil war in Russia in 1917–1920; 4) the magazine and journal production of the Russian and Ukrainian émigrés in the interwar period (since 2007, this collection has been inscribed in UNESCO’s Memory of the World register of written cultural heritage); 5) periodicals issued during the Second World War in Russian territories occupied by Nazi Germany.

Printed Periodicals in the Slavonic Library